Today was the first day of school at the our house! I spent a couple hours last night printing all the worksheets and finalizing my plans for today. I probably could have done about 5 times LESS planning. Oh well. I’ll know better next time. 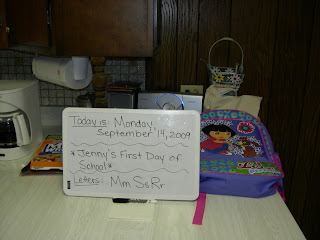 David wanted to be sure to get in on all the action. He played in the toy room for a while, then ended up taking a nap around 9:30. Jenny wanted him to come to “homeschool” too, but I explained that he was at “play school”. 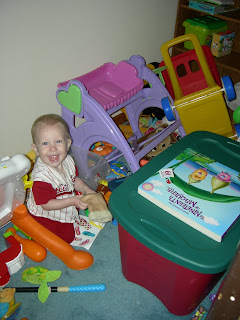 Jenny picked out her clothes and hair things today.  She wanted FOUR hair ties in her hair. Here she is brushing her teeth before school. 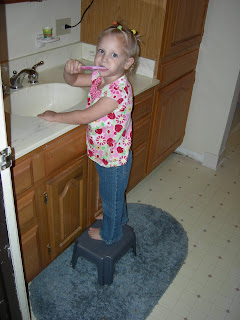 The “official” First Day of School pictures.  She’s got her Dora backpack and she’s ready to go! 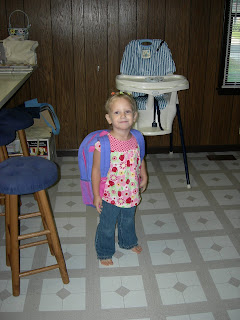 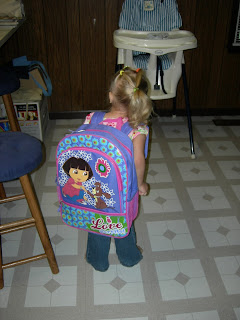 We didn’t have a flag, so I printed one off the internet and colored it last night so we could say the Pledge of Allegiance this morning. 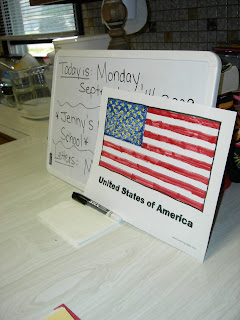 We started the day with the Pledge, followed by Bible time (we are learning Romans 3:23 this week).

Jenny has her pencil and is ready to learn! 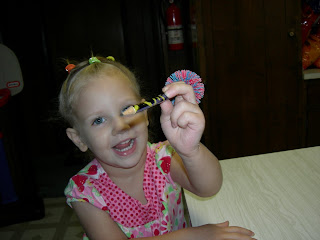 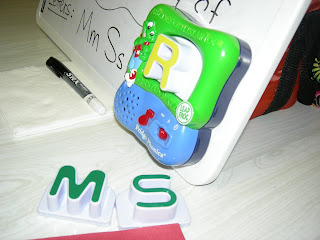 Jenny did “Letter Puzzles” – one for each of our LOTDs (Letter of the Day). 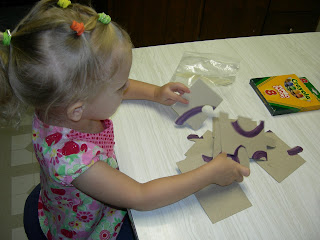 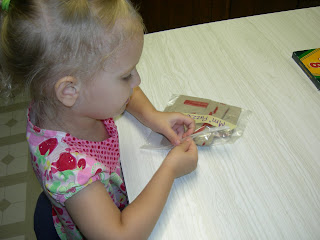 We had a juice break (Mommy had coffee) after our puzzle time. 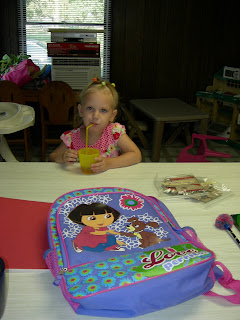 We attempted to work on our writing, but I think that might be a little bit too advanced for us yet. We’ll continue to try, but we aren’t going to be putting as much emphasis on this area as I had originally planned. I think we’ll do these “worksheets” during unstructured learning time, as they seemed to be too much during the structure learning time. 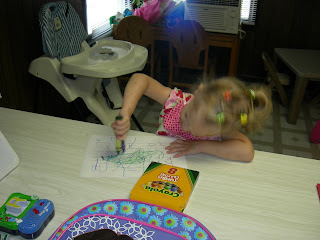 We used number cards and blocks to work on the numbers 1-5 (I didn’t have a card for “zero”). I was surprised that she could recognize each of the numbers when I showed them to her. Two weeks ago, she didn’t know them. (And I haven’t been working on them with her very much, either.) She enjoyed building towers with the blocks to match the number on the cards. 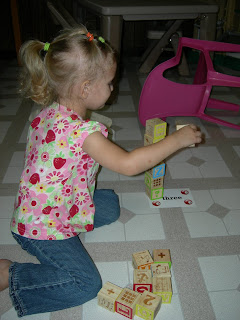 We finished our school day by reading “A Circle of Seasons”, by Gerda Muller. Our Science Topic this Unit is “The Seasons”. 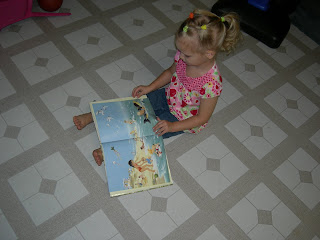 Our school day ended up only being about two hours, but it was long enough to get most of what I wanted to accomplish done. I think we’ll aim to “have school” for 1.5-2 hours for now. Three hours will be WAY too long for Jenny to sit still and be focused. I also think I’ll be adding more books into the mix.