My kids LOVE basketball, and they are super excited to watch as much of the March Madness NCAA Men’s Tournament as we’ll allow them, but to be perfectly honest, they have little to no idea about which teams are actually any good. That makes filling out a March Madness bracket a difficult task, but of course, they want to participate in that yearly tradition. So I’ve come up with a fun kid-friendly way to fill out a March Madness bracket (and I may even use this method myself this year!)… 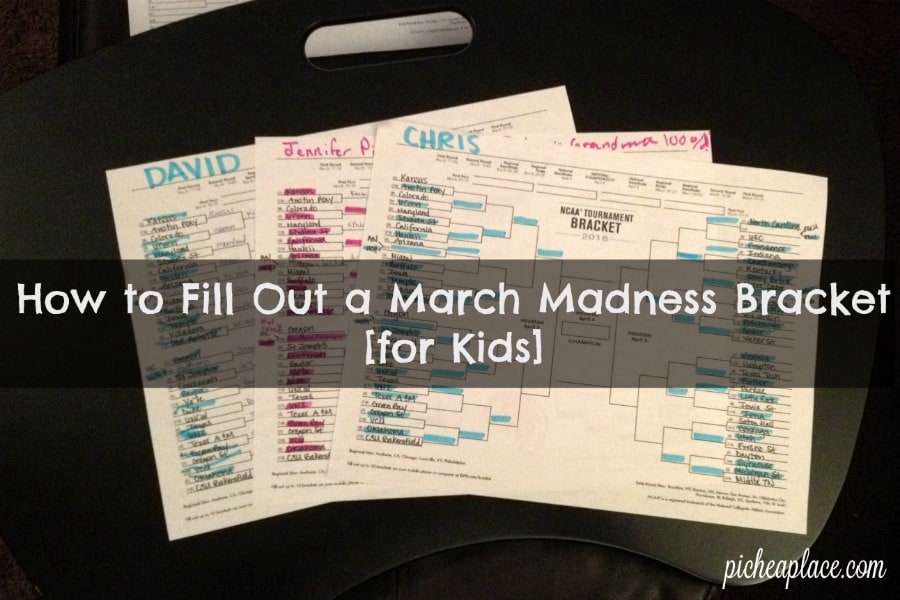 How to Fill Out a March Madness Bracket [for Kids]

1. Print out a bracket 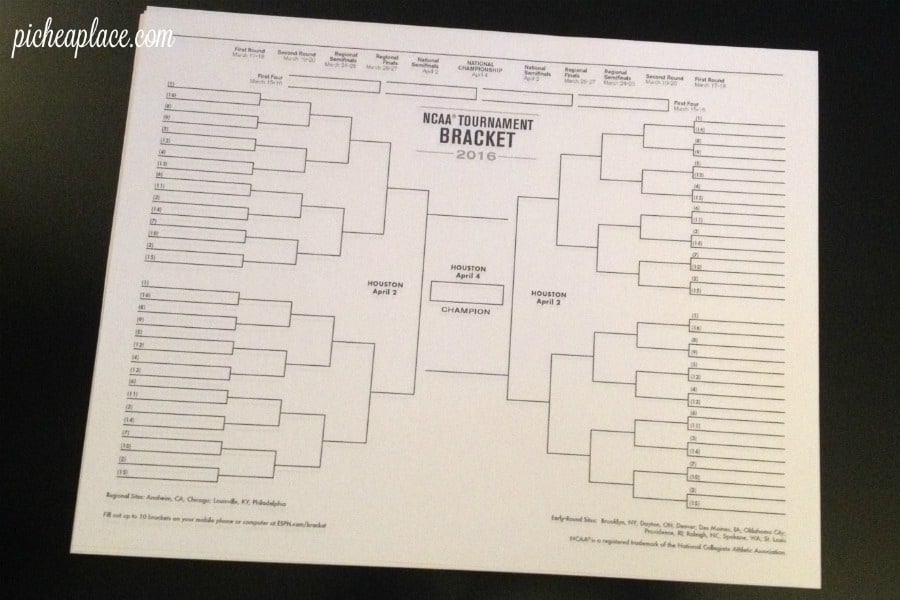 2. Fill in the teams

Once the teams in the tournament have been announced, the NCAA.com website will have the information you need to be able to fill in each team in the First Round. 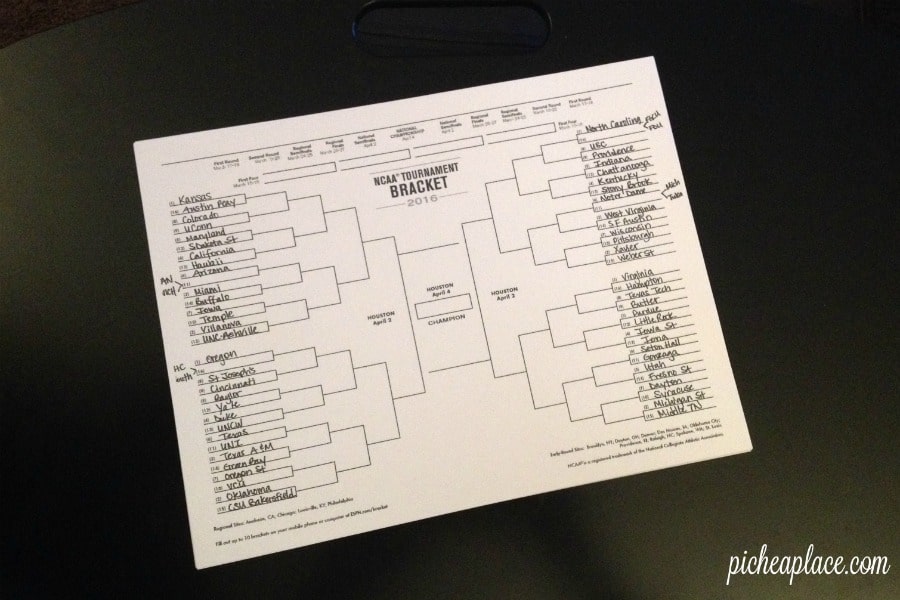 3. Have your kids pick the winners of each game

Here are some fun kid-friendly ways to pick the winners: 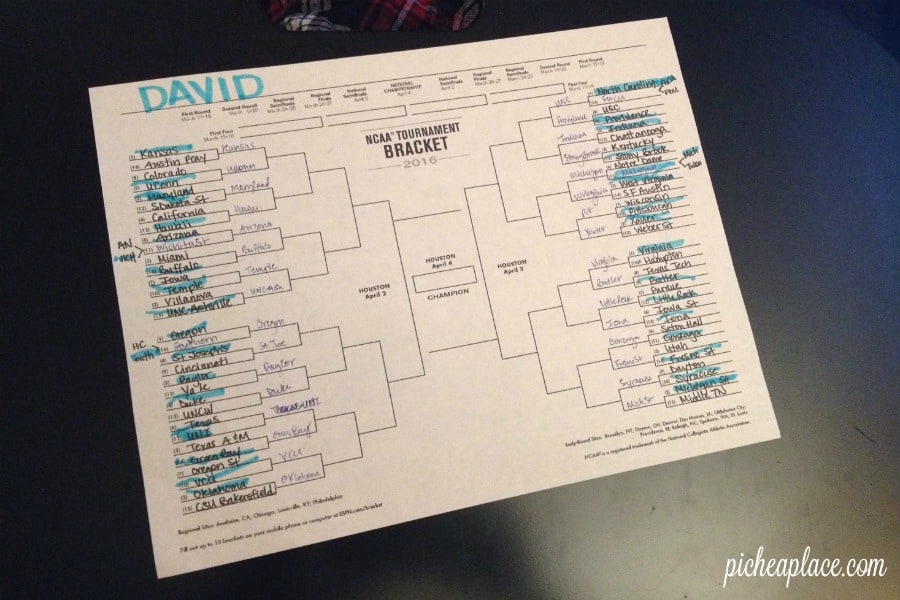 Once your brackets have all been filled in, you can create a “master bracket” where you keep track of the actual winners of each game so the kids can compare their brackets to the actual results.

If you want to create a bit of friendly competition, you can “score” the brackets as the games are played to see who made the best predictions:

The great part about the March Madness tournament is that there are always “upsets” (where the lower ranked teams beat higher ranked teams), and very rarely are you able to predict a majority of the games correctly, even if you know a lot about basketball and the teams playing.

My kids can’t wait to fill out their brackets and see which teams win this year! 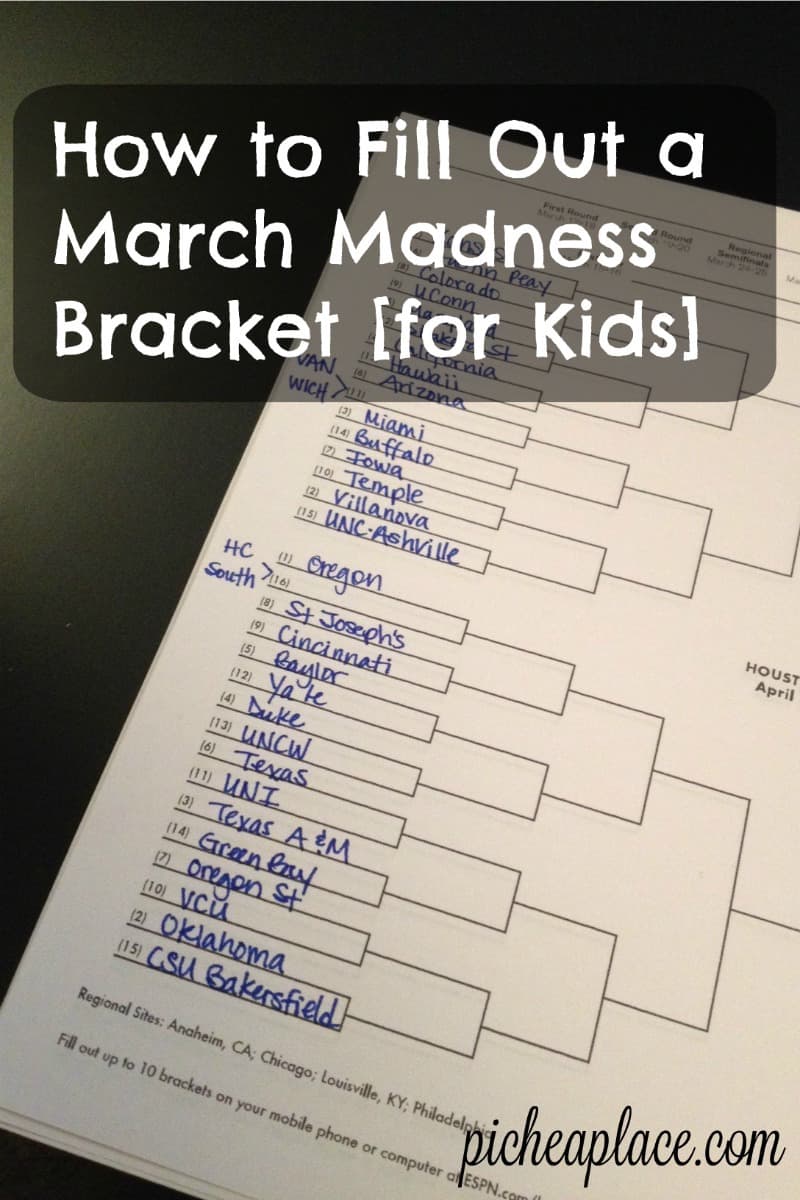 Previous Post: « How to Pack Away Winter and Prepare for Spring
Next Post: 19 Free or Inexpensive Spring Date Ideas »
Pichea Place is a participant in the Amazon Services LLC Associates Program, an affiliate advertising program designed to provide a means for us to earn fees by linking to Amazon.com and affiliated sites. See our complete affiliate disclosure here: Disclosure and Privacy Policy.