Normally, bananas don’t last long enough around our house to end up in baked goods, but this week, we had a bunch that needed to be used up or pitched, so I decided to get “creative” in the kitchen and experiment to create my very own banana oatmeal muffin recipe.

I started by pulling out my 1950s Betty Crocker Cookbook to have a basic banana bread recipe as a foundation for my creation. Then I used my iPad to look online for a few banana oatmeal muffin recipes to get a basic idea of the ratio of ingredients I would need. 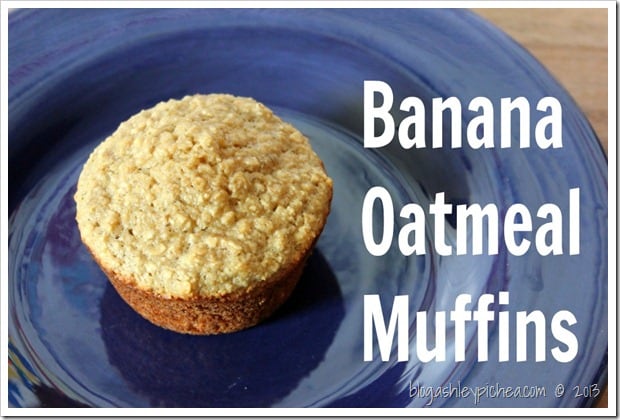 2 cups of smashed bananas (about 5-6 bananas)

Blend all ingredients in a large bowl with a hand mixer (or use a stand mixer if you’re blessed enough to own one – I’m not) until mixture is smooth and evenly mixed. 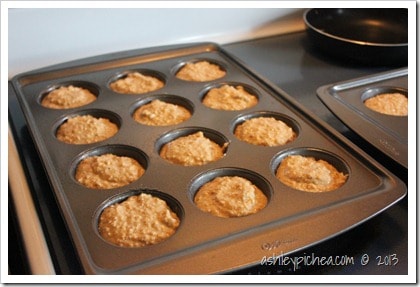 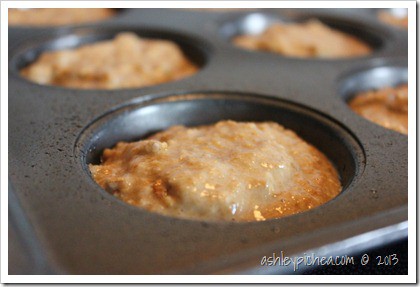 Optional: Hire a cute kid to watch the muffins bake. 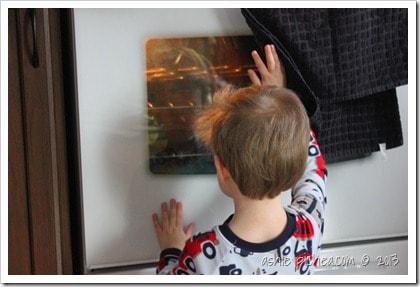 Bake at 400 degrees for approximately 15 minutes (until tops have risen and sides are golden brown). 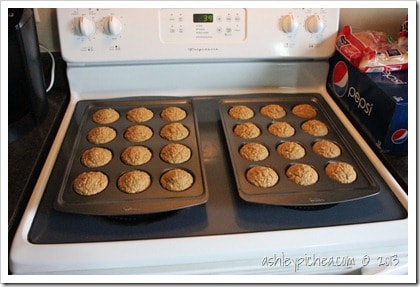 Test with a toothpick in center to determine if baked through – should come out mostly clean when done. 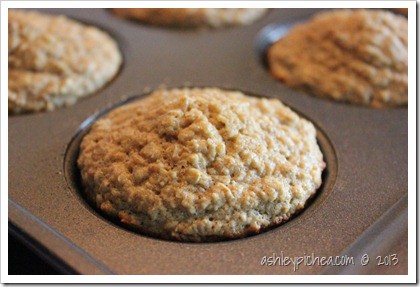 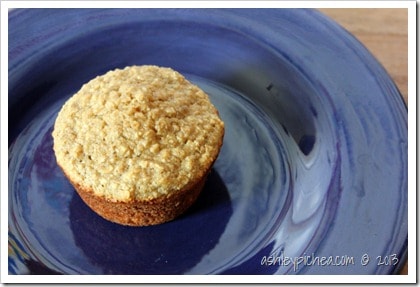 Since this was my first time experimenting with a baking recipe (I do it frequently with non-baked goods), all four members of our family were “forced” to taste test my newest creation.

J said they were “just right.”

Jenny said they were “yummy.”

David said they were “delicious.”

I thought they were just about right – perfectly dense and good flavor. I’d recommend adding a dab of butter when serving.

Let me know if you try this recipe… I’d love to hear what your family thinks about it!

See where I’m linked up…